Skip to content
Okay, so I’m a little late in posting this entry where Iron Maiden played at the Cynthia Mitchell Woodlands Pavillion back on June 11th, 2010.  I missed them the last time they visited our fair city when they were on the "Somewhere back in time" 2008 world tour.  (And yes I’m still kicking myself for that to this very day.)  The show itself was great and the set list choice was very interesting in that they didn’t play the normal catalog of classic songs which was a little disappointing but ultimately refreshing.  Here’s what I can remember, and if there is an omission, please do let me know.
1. The Wicker Man (What a great song to start the show off with!)
2. Ghosts of the Navigator
3. Wrathchild (Always like watching Steve Harris start off this song with that great bass line.)
4. El Dorado (From the upcoming album "The Final Frontier".)
5. Dance of Death (Completely surprised they played this one and very appreciative.)
6. The Reincarnation of Benjamin Breeg
7. These Colors Don’t Run
8. Blood Brothers
9. No More Lies
10. Wildest Dreams
11. Fear of the Dark
12. Brave New World
13. Iron Maiden (It was during this song that Maiden introduced a 4th guitarist, Eddie.)
14. Number of the Beast
15. Hallowed Be Thy Name
16. Running Free
Again, I may have forgotten a song or two (for example I "think" they played The Pilgrim but can’t recall for sure) but like I previously mentioned, the songs that comprised the set list very cool and I for one was not disappointed.  One interesting thing to note was that the stage definitely refelected the theme of The Final Frontier but they only played one song from that album (which can be downloaded free of charge from the official site), El Dorado, so I’m left with the impression they’ll be back on tour to support the album once it’s released August 16th, 2010 at some point?  Hopefully they do.

This site uses Akismet to reduce spam. Learn how your comment data is processed. 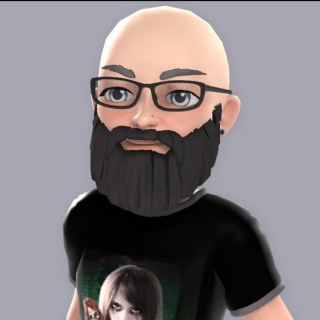 Involved in IT for almost 20 years now serving in various roles. While initially focused on Windows Server Active Directory, I’ve since worked with other technologies including PKI, identity synchronization, and federation (AAD, SSO). I routinely use PowerShell to perform heavy lifting by automating as much as possible. I like to communicate and share information freely. I’m a team player and believe that together everyone achieves more when working towards a common goal. I am passionate about cloud, identity, beer, and metal music. Let's talk!